A single parent date is a little frightening. I’ve been a single parent (mom) twice. My first husband and I split up and I had our daughter.

Later I remarried, then that didn’t work, and now I have three children, 1 girl and 2 boys. As hard as its been, being a single mom was the best years of my life – absolutely. But I did think that no one decent or normal man would want to date a woman with 3 kids, so I resigned myself to just being a mom with hopefully a boyfriend, in a casual but important, yet monogamous relationship. And yes, I did find one.

First, you are probably better off with someone that has had children. Dating someone with no kid experience will be a problem. Of course you could find a man who had 3 younger siblings or similar, so they would be used to having kids around. Sometimes if he is older with no kids, he will be more set in his ways – but probably more likely to have that “casual but important, yet monogamous” relationship, lol.

So here are the questions you are probably asking yourself:

So let’s back up to the 2 most important basic questions: 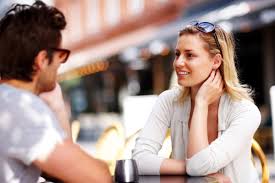 The single parent date – just be yourself, don’t talk about your kids non-stop, relax, eat slowly.

I’d say the first and foremost important factor is to trust your instincts! And try googling your date’s  name and/or work, its amazing what could show up. There is a book entitled ‘The Gift of Fear’, written by a once abused child now security expert (get your copy below). He has the perfect insights, uses criminal case examples, and explains that you have permission to not believe or trust anyone or anything.

That ‘not trusting or believing anybody or anything’ really hit home for me. We often justify people’s behavior and this is letting in trouble. He also stated that if you find out you were wrong, that’s okay. His example was that you see a single man at the park where you are with your kids. You have an immediate distrust. Ten minutes later his kid shows up. He wasn’t a bad presence after all, but you not trusting him was 100% on target, and never, ever, second guess yourself. Get the book, I promise it’s worth it.

My personal advice from these dates I’ve had, is to never kiss on the first date, or even second date. I had this one date, he worked with a woman I knew, so he came over for coffee. He seemed okay, maybe not exactly my type but that’s okay. Anyways he wanted a kiss goodnight and I declined. Then he kept asking me why. Why not a kiss? It’s just a kiss goodnight. I was beginning to feel interrogated. I was actually beginning to feel scared, but I finally politely managed to close the door on him and never saw him again.


Seriously, where does someone get off thinking that they are entitled to enter or access your mouth? This person is a stranger. Where do they think you can question you about it, like you are the bad person for not reciprocating? I don’t know what men are thinking. Do they think that with one kiss you’ll be falling all over them? Men insisting on any type of contact is not a sign of their attraction to your personality. They want sex. That’s it. They don’t even care if you really want to, it’s what they want. 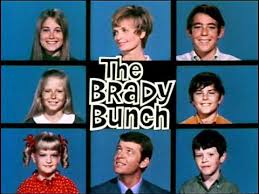 The Brady Bunch, the iconic blended family show, I had a his, mine and ours scenario of 5 kids

Another date came over when it was just me and my daughter. A guy I knew from work. He was cute and funny and was already roommates and best friends with one of the other staff. He came over because we both really like this particular comedy that was on that night. My daughter came into the room talking and he ‘shushed’ her. Needless to say, there was no second date.

Another date, me and my friend for him and his friend. They were logging a friends property, and seemed nice and funny enough, and it is a small town, so we kinda knew his friend. We all went out, to a neighborhood bar.  At the end of the evening we went to my friends house a block away, and he wanted to snort coke. Needless to say, no second date. Some drinks fine. Some pot fine. I will have enough to do raising kids I don’t need to babysit some drug user. And I’m serious about the drugs, and I’m no prude or angel, but inviting a (illegal) drug user into your life or home could be a mistake you will pay for for months via his friends, debt, drug abuse, dealing, using around the kids, etc.

When I started dating my boyfriend that I have now, I met him at my work. He asked me out in the parking lot, lol, for coffee sometime. I said sure, but didn’t know when, or if I could afford a sitter – let’s face it, sitters want lots of money. We did go for coffee, and my oldest watched the younger ones for a couple hours. There was no kissing or hinting at kissing. Bonus points there.

To the right, is the book I mentioned earlier, The Gift of Fear – priceless!

Under that is a newer book, The Gift of Fear and Other Survival Signals That Protect Us From Violence.

Later, couple weeks later, when it seemed like this was going somewhere, and he is fully aware of my three children, by the way, I brought up the subject of sex. I said to him, that it seemed like this might be leading somewhere and I will not be having any sex with him without him getting testing for all STD’s. Period. So being a guy, he says okay, and how does he go about doing that. I said just go to the doctors office or clinic and tell them you want testing done. Here’s a link and list of all the fun diseases you could get from Mr. Right.

He goes to the clinic. The doctor says to him, “What seems to be the problem?”, my almost-new boyfriend says, “I have a new girlfriend that won’t sleep with me until I get STD testing done.” The doctor stops and says, “I wish all my patients came in and asked for that”. So there you go. And he had already had a vasectomy after having his two girls. Bonus again.

Fact is, you have children to raise. Mine were 4, 5 and 10 at that time, and I really needed to do whatever I can do stay healthy and be around to raise them. And let’s face it, there is no sex out there worth dying over.

And please don’t think for a second that you are less than perfect or desirable because you have a child or two or three. When I split up with my second husband and had these 3 kids, I decided not to set myself up for trouble by finding another husband. I would date for sure, but there is no way I would be having any more children.

I love children and yes I would have had more with my husband, but I am not going to have more children with yet another man. No fucken way. So if I had a boyfriend that wanted his own kids, then I guess he needs to find someone else, and of course, who can blame someone for wanting their own children – kids are such a blessing.