My daughter Kelsey went to her older sisters wedding last weekend. This older sister is a half-sister biologically speaking and 6 years older than her. I have had problems with Kelsey’s dad over the years, I have taken him to court and gotten child support for her, and he pays it, which is good.

My main problem with him is his complete lack of attention towards her. Specifically, he has not sent her a birthday or Christmas or just-because gift in 10 years, nor does he call, write, email, or fax. And yes, he has all of her numbers.

My previous articles on him include him lying about receiving her emails, but there is also the one amazing thing he did. Coincidentally, the daughter in the the fender-bender article is the same one that just got married.

At this wedding, Kelsey was a little nervous because her father was going to be there, as he hasn’t had much contact with her. As it worked out, she saw him, but talked to his wife, and her aunt (his sister) and lots of other relatives, but not him. He told someone that he had a no-contact order so he couldn’t talk to her. Which is crap. He could talk to her all the time if he wants, he is referring to the court saying that Kelsey did not HAVE TO talk to him in order to get her child support – because every time she did contact him, he would ignore her. No Contact Order, my ass – it’s never their fault is it? 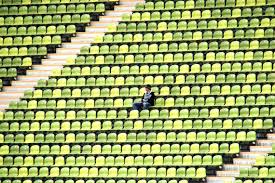 See what happens when you are a jerk? No one wants to sit with you.

Anyways, Kelsey’s dad was married before me and after me, and and has four other children.  All of these children, and all being adults, all asked the bride, at different times in the weeks before the wedding, if they could be placed NOT sitting with their father!! All of them!! ALL OF THEM! With each of them not knowing that the other was doing the same. Astonishing!

One thought on “how kids deal with deadbeat dad”