I’ve been through two divorces. First was really a common-law relationship, the second a real marriage, yet both involved lawyers at the dissolution. The common denominator in both of these dissolution’s is that I got ripped off!!

First husband – we buy a house together, he works for a major paper and pulp company and I work for a government office. We have a baby girl, called Kelsey. We also have his 3 children from his previous marriage. So after a couple of years of him telling me that I don’t do enough around here (I work and care for 4 children, 3 of which aren’t even mine!), I leave. Happily. FU! 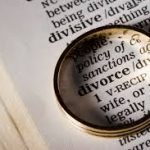 Second husband – we buy a house together, and we have 2 boys, Cameron and Michael. Plus there is my daughter Kelsey, and he has custody of his 2 boys.  I work and take care of the house and 5 children. But men just aren’t as advertised are they? This one tends to drink a little too much, and again, I just don’t do everything like a good wife should. I leave. Happily. FU!

The equity in this house is $60,000. I really want the $37,500 back that I put in from my own pocket. I settle for $28,000. Again, I am trying really hard not to rock the boat here and cause this husband to ignore his boys like the first husband has done with our daughter.

The other items were fairly divided up, with a few exceptions, but they made up for it with their buy-outs didn’t they?

So I am giving away this precious advice for free, what has cost me a minimum of $22,500, and it is this:

“Take what is yours, because they will never thank you for not taking it!”

Never will you hear the words: “Ya know Sally, you could have legally taken more than I offered, but you didn’t, thanks so much, you’re awesome!” 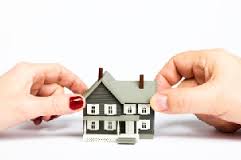 division of property, this is where the fight can begin, be careful

Or how about: “Thanks Donna, for not suing me for child support, I would have had to take the bus and not drive my new leased vehicle, thanks so much, you are such the independent type, aren’t you?”

In reality, it has cost me a lot more than $22,500. Because I have let go of houses that I could never replace on my own, again. Prices have gone up, my wages have decreased, and I have more children, all of which is not a good combination for acquiring real estate.

So if I had to do it all over again, I would:

1st husband – I would not take the coins thrown in my direction. I would tell him that I want the $20,000 or I will not settle, nor argue. Because I know that the value of this property is going to increase, then my share will be worth more, and I will be just as happy to wait a year or 5 years and have half of a higher equity! So take your pick.

Divorce – its about picking your battles, some are worth it, some not

So here I sit, in my government housing, which is definitely nicer than anything I could buy, but that’s not the point. The first husband made a fortune on the increased value of that house, and now lives with his latest wife on the water in a self-contained home, probably mortgage free. The second husband still lives in the house with his latest wife, and they have a mortgage, the previous mortgage plus the amount borrowed to buy me out. I am beginning to seriously consider that I will never have a home to call my own, that’s sad.

UPDATE: I did manage to buy a mobile home. I know this wasn’t my life’s dream. A sad fact about this is, when I was a single mom with just little Kelsey, we lived in a nice mobile home park, close to town. 20 years later, now with 3 children, I am ACROSS THE STREET FROM MY OLD MOBILE. In 20 whole years, I progressed to a 10 year newer mobile, in the same park, and across the street. So my 20 years of trying, didn’t get me anywhere. Do I laugh or cry?

One article on my post-divorce relationships is about vehicle repairs and the ex’s that won’t fix them anymore, and recognizing that in an emergency they would help, but generally there has to be a time to cut the mechanic coverall strings.

Here are suggestions from psychology today on separation and divorce, I selected this article because it didn’t say the stupid words “and remember to take care of yourself”.

2 thoughts on “divorce and the division of property and children”