I have three kids, so when my youngest was born and growing, I could tell that he was a little more active than the others, as well as showing signs of allergies. Both of my parents have allergies, I have a couple, my boy’s dad has a couple of good allergies, and so I am always on the lookout for my kids having allergies.

My youngest, Mikey, did have some skin rashes, and I tried a variety of things, like changing laundry detergent, yet nothing really worked. Also, his active behavior would get him into trouble as well. I stumbled on this book entitled “Is this your Child?”, based on the premise that behavior problems often stemmed from allergies, or reactions, to food or other environmental sources.

Is it ADHD, ADD or allergies? A dairy allergy can have the same signs and symptoms.

So knowing my family history, and knowing that Mikey is allergic to something because of the rashes, I started getting serious about figuring this out. I dragged that poor little kid to a pediatrician for allergy testing with skin pricks, kept taking him to the doctor and kept getting the same medical crap diagnoses. The pediatrician just said he wasn’t allergic to anything and told me to moisturize his skin. Are you freaking serious? Healthy skin doesn’t rash because it is dry?

Then I found out that there was an ADHD specialized doctor in town. Just a local doctor really, and somehow given the ADHD specialist title. So I took Mikey to see him, hoping that this doctor would have the latest causes and theories about this before the general public did. So I’m telling the doctor about all the tests that I have dragged Mikey too, that his teacher agrees with me about allergies, (so far, she is the only one), and then I ask him what the latest research is indicating, is there some common denominator like A/C units or spandex or gluten?

He puts down his pen and clipboard, and smiles and slips into a non-doctor type of mode, and tells me that his job here really is just to ask me a series of questions, and if I answer ‘yes’ to a certain amount of them, then Mikey would be diagnosed with ADHD and be given medication. (Oh My God!) He then tells me that if anyone is going to find out what is causing Mikey’s rashes and/or behavior, it will be me, because the doctors just don’t know. 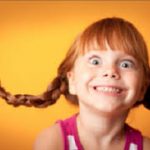 I told my Mikey that his energy was like a super power.

I am so disillusioned and bewildered by this. Because this also means that all those poor little kids that are reacting to foods out there, in our ever increasing allergic world, are simply being drugged to shut them up. And the parents are allowing this? Holy $%&! So if little Mikey and Johnny aren’t showing an allergy with something like hives, then they get drugged, because it is all in their innocent little brains? Well, it isn’t the little kids brains that need help here!!

So I started allergy testing with foods. Luckily (?) I was a single mom then and had no man to upset my testing process by eating the prohibited foods in front of the child. So I tried eliminating yeast, which included most breads and all vinegar’s, which meant no sandwiches and no mustard or vinegar. I learned how to make no-yeast breads such as tortillas, baking powder biscuits, and bannock, which all have the same ingredients, but made differently, with three totally different end results (I thought that was amazing).

I also took away all food chemicals, which is a feat in itself. Which also means making my own bread and making everything from scratch. But this seemed to make no difference either. 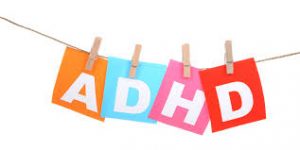 ADHD or ADD or YOU or THEM?

Next was dairy. I took away all dairy, read every label when shopping to make sure not to buy lact-anything either. After three days, Mikey was a new boy! He calmed right down, but was still being himself, keeping busy and being a little kid. But he wasn’t running toy cars over his siblings foot, or trying to take toys away from his brother. A few days later, at 3 pm, Mikey is back to his usual active self and I asked him if he had a glass of milk after I had said he couldn’t. No he says, but then I thought about the potato chips he ate, retrieved the bag from the garbage and there is was – whey powder!!

This was almost like doing a double-blind study and not knowing it. Mikey was allergic to milk! It made him hyper!

Well, I have would have had this written in the sky with a plane if I thought anyone would even care. Because they don’t. Which is sad. Not that anyone needs to care what Mikey’s allergy was, but that it can be something as simple as milk. Wake up people!

But this is how some people think. Later, when I had figured out that my eczema was from carpeting, I was talking to a woman who had two kids, a one year old boy and 8 year old girl. They had just bought a house that needed updating, and she was saying that her 1 year old had developed a type of asthma or nasal condition, and during the same evening mentioned that there was shag carpeting in her son’s bedroom. So I say that perhaps it is the (1970’s shag) carpeting causing the nasal problems, and it should be easy to rip out. She says she doesn’t want to rip out the carpet now and the baby is fine on the medication so she’ll just keep giving him that. OMG!

The more I get information from doctors, the more I trust myself.

UPDATE: It was difficult to keep Mikey away from all sources of dairy, but knowing what the allergen was seemed to help him focus and stay less active. Later in one of our serious conversations, I told him that he was lucky to have this energy, that people try to have energy like that, and that because of his energy, he will be able to get way more things done in a day than other people. He believed me, and this helped him as well. Mikey is grown up now, never had any meds, and he is an excellent worker, he worked while going to school, and is one of the nicest kids you’d ever meet!

Check out this case study where drugs were not used, although the school administers – that are not medical personnel – suggested it!  And here is a link to a very informative natural site with an article on ADHD medications.

One thought on “ADHD foods avoid list, for hyperactive children”