The first ex is a licensed Heavy-Duty Mechanic, meaning that he is able to work on those huge industrial machines as well as cars. The second ex is a vehicle mechanic and had his own car repair shop. These men can fix anything, unless it is belonging to an ex-wife. 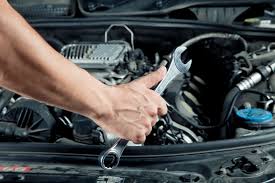 When ex #1 and I split up I had to get a used vehicle for my self and our little daughter. I looked around with my very limited funds and selected a blue Chevy which ran very nicely but was rusty. I had my ex look at it, who glanced from afar, he said he wouldn’t buy it, but didn’t really give me any reason to not buy it, so I bought it. Only to find out that it has a leaky gas tank. I am told by a new mechanic that I am driving a time bomb. Nice! This means that: 1) the car dealership sold a dangerous vehicle to a single mom and a baby (Chevrolet dealership – BAD!!), and 2) my ex couldn’t really care about safety regarding any vehicle I drove his little daughter around in.

Ex # 2, also a mechanic, and all is reasonably well even after we split up, and I have 3 kids now. In the beginning he would actually say he wanted to be sure that the vehicle I was driving was safe for the kids. Don’t get out your father of the year nominations yet. After a couple years of checking and working on my van, his new wife says that she doesn’t want him helping me anymore. He bows to the pressure and this poor single mom of three is left almost stranded. 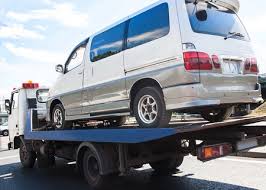 I’m on my 4th van now, all family vans that took me and the kids everywhere!

So I drove that Aerostar van till it would not drive anymore. I had a tow truck company number memorized, sadly enough. A flat deck just like the right image. The van had 260,000 on it and it was getting really tired. The last two years the motor light was on, but it kept going. I drove it for years and spent very little, but then again, I really couldn’t afford to anyways.

I often wonder about the way that men think. Do they really only care about the children that they have with the present spouse? The older I get, the more I seem to see of this. If I had the ability to foresee a dangerous situation when my kids were with their dad, would I say or do something? Especially if I am asked? Of course I would! But they don’t have this same characteristic where their children are concerned especially if they don’t live with them anymore. What the hell is with that?
Here’s a post about my family vans, I’m on my fourth one now, lol!

And here’s a link about some car repairs that you could maybe do yourself.