My daughter had a friend James in high school. One day James told his groups of friends, which extended to the entire school, that his dad had bought him a Hummer and was sending it up (from Florida to Washington State). Very exciting.

A week later my daughter Kelsey tells me that the Hummer got destroyed. I ask the usual questions like was it being shipped up on a car carrier, was someone driving it and are they okay, will insurance replace or repair it, etc. She says she doesn’t know any more. Another week later, James is driving to school in his new Hummer. 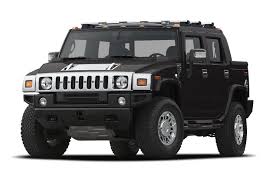 What happened was that James’ circle of friends dramatically increased when the news of this vehicle was coming. He decided, very smartly, to say it wasn’t coming, and preceded to watch his circle of friends decrease to those that were really friends.

What a poor kid drives, all through university

So although James’ dad bought him a Hummer, paid for the insurance, and gave the kid a gas card, James still had to pay $100 a month on his gas card. So he worked at a restaurant evenings and weekends. Last I heard, James moved to Florida to his dad’s, where his dad bought him a SUV to drive to university in, I guess ‘Hummer’ yells ‘rich kid’ too much.

My daughter on the other hand, is driving a 11 year old Neon that has exceeded all life expectancy. I bought it for her with a small inheritance I had gotten, when she was going to school and working two part time jobs. And not to mention, her idiot father said he would buy her a car, like he did for his other kids, then changed his mind. Bastard. So mom to the rescue.

Being bitter is hurt that ferments, it may also be compounded from various other sources, painting a black abyss of despair over every aspect of your life. I’ve lived this, and still fight the twitch that appears at the edge of my mouth. That visible tweak of resentment. But hey, here’s a happy(?) article on trying to repair the damage.