Amazing article from naturalnews.com: (I am passing this info along, as my youngest probably would have been diagnosed with ADHD, but he wasn’t, he was allergic to milk!)

(NewsTarget) Nearly 1 million U.S. children are potentially misdiagnosed with ADHD simply because they are the youngest in their class, according to a recent study by a Michigan State University economist, Todd Elder.

is it really ADHD, or it is YOU?

Using a sampling of about 12,000 children, he compared ADHD diagnosis and medication rates between the youngest and oldest in each grade. Elder found the youngest kindergartners (typically less mature) were 60 percent more likely to be diagnosed with ADHD than the oldest in that grade. And by the time students reached the fifth to eighth grades, the youngest were more than twice as likely to be prescribed stimulants.

“If a child is behaving poorly, if he’s inattentive, if he can’t sit still, it may simply be because he’s 5 and the other kids are 6,” said Elder, assistant professor of economics. “Many ADHD diagnoses may be driven by teachers’ perceptions of poor behavior among the youngest children in a kindergarten classroom.”

He pointed out that although teachers cannot diagnose ADHD, their opinions are instrumental in decisions to send a child for a mental health evaluation.

This study suggests that 20 percent – or 900,000 – of the 4.5 million children currently labeled with ADHD have been misdiagnosed based on their age relative to classmates.

No blood tests or other medical analyses are used in diagnosing ADHD (Attention Deficit Hyperactivity Disorder). Children so labeled are routinely prescribed high-risk psycho-stimulants, despite documented adverse effects that can range from loss of appetite, anxiety and insomnia to stunted growth, high blood pressure and heart failure.

In 1987, the American Psychiatric Association voted ADHD into the DSM-IV (Diagnostic and Statistical Manual of Mental Disorders 4th edition – the psychiatric bible used in prescribing medication) as an authorized “mental disorder”. There was no scientific evidence to support this as a brain malfunction, disease, chemical imbalance or neuro-biological condition. Yet psycho-stimulants widely prescribed for ADHD alter the natural chemistry of the brain and body and can have long term impact on children’s health. 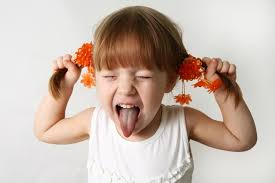 Do you really want to drug a kid that just might have an allergy?

Big Pharma spends billions in convincing the public, schools, legislators and the press that ADHD, ADD and other so-called mental disorders are diseases on par with verifiable medical conditions such as diabetes and heart disease.

How could all this come to be? The ADHD myth and its costly medications bring the pharmaceutical and psychiatric industries billions of dollars a year in revenue.

This marketing deception is not isolated to the U.S. A recent Canadian study suggests that many boys are prescribed ADHD drugs for being, well, boys. (Core symptoms used in diagnoses are inability to focus and hyper and impulsive behavior.) On Oct 18, 2010 Canada’s Globe and Mail published an article entitled “Are we medicating a disorder or treating boyhood as a disease?”

There are foods known to instigate hyper activity, check out his list and info here.
#militantsinglemom, #singlemom, #ritalin, #adhd
Reprinted from one of my favorite natural news sources, where I am a contributor.
Learn more: http://www.naturalnews.com/030580_ADHD_children.html#ixzz4THpQ5CnX

One thought on “natural alternative to ritalin for ADHD and ADD”