The following article is from the AFP.com site. It is this type of article that makes me totally freak out inside. Single mothers and moms are blamed for everything wrong with today’s children, and the fathers are never, ever blamed.

In this article, single moms are not mentioned specifically, just moms in general, single or otherwise. So I ask:

WHY DO YOU PLACE ALL THE BLAME ON MOTHERS? (no fathers are blamed)

WHERE THE FUCK ARE THE FATHERS IN YOUR ARTICLE? (no fathers are even mentioned)

WHY DO YOU NOT STATE “TWO WORKING PARENTS” INSTEAD OF SOLELY BLAMING THE MOM THAT IS WORKING? (mentions working moms only, not about two parents working)

WHY ARE YOU MEN SO FUCKING LAZY AND STUPID? (yah, why?)

I swear when I am mad – here’s the article: 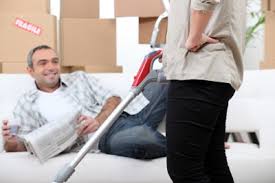 why are the moms always blamed? Get your lazy ass off that couch!

The more mothers work during their children’s lifetimes, the more likely their kids are to be overweight or obese, according to a U.S. study published on Friday. Researchers from American University in Washington, Cornell University in New York state and the University of Chicago studied data on more than 900 elementary- and middle-school-aged children in 10 U.S. cities.

re if a person is overweight or obese. “Every period of time (averaging 5.3 months) a mother was employed was associated with an increase in her child?s BMI of 10 per cent of a standard deviation,” says the study which was published in the journal Child Development. 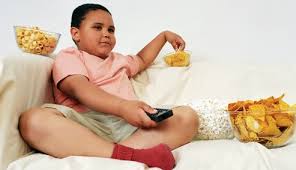 “For a child of average height, this is equivalent to a gain in weight of nearly one pound (half a kilogram) every five months above and beyond what would typically be gained as a child ages.”

The findings were strongest among sixth graders, the oldest children for whom data was studied. Sixth graders are typically 11 years old.

Changes in the children’s physical activity, time spent unsupervised or watching television did not explain the link between maternal employment and children’s BMI, the study says. Moreover, a mother working odd hours or overnight was not significantly associated with their children’s BMI.

The researchers were unable to clearly explain the findings but theorized that because working mothers have little time to shop for healthy food and prepare meals, they and their children eat more fast- and packaged foods, which tend to be high in fat and calories. Childhood obesity in the United States has tripled in 30 years.

Today, one in three U.S. kids is overweight or obese, meaning they are more likely than their normal-weight counterparts to grow up to be obese adults and suffer from obesity-related conditions including diabetes, cardiovascular disease and fatty liver disease. Childhood obesity has also been linked to “behavior and academic problems in adolescence and adulthood,” said the lead author of the study Taryn Morrissey, assistant professor in public administration and policy at American University, calling for healthy foods to be made more accessible to working families. “Given that more than 70 per cent of U.S. mothers with young children work, the importance of providing support to these families is clear,” the study says. © Copyright (c) AFP

So there you have it, it is all mommy’s fault. It has nothing to do with:

Yes, it is all our faults. Fuck you!

Here’s a link that easily explains the farm subsidy’s, from grist.org.

On a happier note, here are some quick, easy and cheap meals kids will love, mine did.