This post is about my experiences in living in government housing, aka affordable housing or low income housing. I lived in this really great government housing with approximately 26 townhouses, one was wheelchair access, six were for single people, the other nineteen were 2, 3, and 4 bedroom units.

About getting into one of these places involves filling out an application form. They may want other info such as tax statements to show income, and probably references too. Once accepted, there will be other paperwork, as these places do have slightly different rules than regular rentals.

This post link here tells about my housing unit and a little about how I got here, then this post following is a follow up on the system, that’s right, the system and how to play the game.

The landlord-tenant rules and regulations for government housing are slightly different than regular rentals. For instance, I qualified for a 4 bedroom place because I had 3 children, whereas a single person would not be allowed to rent this large space. 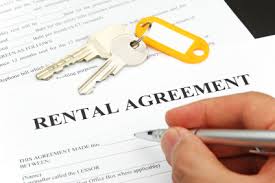 When I first moved in to this housing unit, the landlord was a man, Roger, who owned his own rental units in town. He is actually the manager and the landlord’s agent for the rentals. As I said in the previous post, I think he wanted me to move in because I was 1. a mom, and moms are known to take better care of things, and 2. I was working as a teachers aide in an elementary school.

Consider that different landlords will do things differently, within their means. Meaning that sure there are some protocols in place for renting in a government housing unit, then there is the real world.


A manager has to tend to repairing damages, collecting rents, collecting late rents, giving eviction notices, sometimes providing security, garbage pick up, late phone calls, tenant complaints, fixing broken appliances, and all this in his allotted work hours, say 20 hours per week. So this is where a manager would select people that fit the criteria (single mom working part time) yet add his own criteria (thinking I’m probably not the property damaging party type).

Fact is, Roger took over this housing complex and cleaned it up. He really did. Apparently police were there every week, and now hardly ever. He did get fired eventually for illegally entering. Which was too bad, cause then the next manager arrived.

This is a female, Jill, and she herself lived in government housing when her kids were younger. Now she starts accepting applicants based on their paperwork, and hell starts to break out. She is letting in known drug dealers! I asked her once why? You know they are suspected of dealing drugs, why let them in? She says she simply had to follow what was on the paperwork and not hearsay. You can tell Jill is a little rough around the edges, and probably is giving everybody a chance, and is following the paperwork like she should. Then again, she doesn’t live in the complex.  Some of the tenants she let in had friends that broke into all of our cars. But she leaves now, because her husband has a job out of town. Now enters the landlord from hell…. 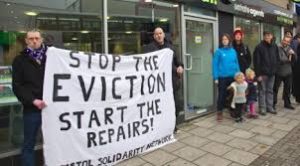 Landlords from hell, I’ve had one, and one day, I’m spiking her tires!

Her name is Penny, and she is a fucken lying abusive douche-bag bitch. She is Ms. Wonderful when you meet here, and she has a degree in Social Work – hard to believe (second thought, not that heard to believe). She is on the top of my tire-spiking list. She started letting in only people she knew. Like her own family. She also let in people that were on some hard-to-rent-to list because she would get a finders fee. Then she let a friend in, a single person, and let her have a 3 bedroom suite. Then the bad behaviors really started. A bleeding guy ran past my back window because my neighbor the dealer was beating him up because he didn’t pay his drug debt. Then the nice caretaker quit. Then the second nice caretaker quit, all because of her lies and rants and abusive behavior. This Penny would also do illegal entries, all the time, and would look in cupboards and fridges. This manager would actually lie, saying things like your neighbor complained about something, meanwhile, that neighbor did not. You see, she couldn’t be a bitch without some sort of complaint first. She got fired too, but after I left, and I left because of her abusing my tenant rights, making living there almost unbearable, so I took a job as a live-in motel manager (which was another type of hell, more on that later).

So you see, you getting in a housing unit is really going to be about who the manager is, but also about your situation. I was a single mom to 3, and they had a 4 bedroom rental with no one else, at that exact moment, qualified to take up a 4 bedroom. So I got in fast. The two bed units are more difficult to get into, re supply and demand. Sometimes a manager will allow different arrangements. For instance, in the 4 bed beside me, was a family of 6, which was the grandparents, the parent, and two children.

And apply at different agencies too. An aquaintance who lived in my complex, left to live with a man (bad move – you’d be surprised how many move back), and she got a house to rent at $80 a week! An awesome price, but really, she shouldn’t have gotten it, is was a 3 bed, full basement – a family should have got it, but its about timing.

Agencies will have access to rent an apartment in a regular building for cheap. Or sometimes they have a real house, like paragraph above. Sometimes you can get a grant to pay part of your rent in a regular rental. Check each agency, see if there is a homelessness worker or agency, or visit a Women’s Center. Better yet, visit the actual housing buildings and apply, let the landlord see what a great person you are. Here’s an informative link to a Government site. Good luck!