My first ex, Larry, had custody of his three children when I met him, they were so adorable! Years later after we split up, he has teenagers to finish raising. The girls were certainly testing his patience, and the youngest hit the tipping point.

Larry goes home for lunch on this particular day and sees the daughter’s boyfriend’s car in the driveway and pulls up behind. He goes in the house and discovers that his teenage daughter is in bed with her boyfriend. Well, this is the proverbial straw. 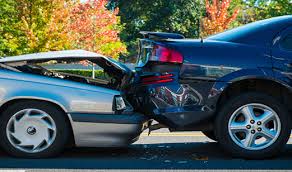 He hates the daughter’s boyfriend, and does a wonderful thing!

Larry starts escorting this guy from the bedroom to the front door to leave, and this kid (who is in fact and man and the daughter is a minor) decides that he has the right to get offensive. So Larry grabs him by his hair and arm and throws him out the front door . . .and this guy is naked! Larry goes in, retrieves his clothes and throws those out the door after him.

This kid decides leaving is a good idea now, but Larry has parked behind him, and Larry realizes this. Larry gets in his car, backs up, then thinks, what the hell, throws the vehicle in drive, floors it, and rams the kids vehicle.

This dad is now deceased, and his wife is hiding the will – there’s is always a battle somewhere with extended and step families, check out that page.

One thought on “get rid of daughters boyfriend, my ex knows how”