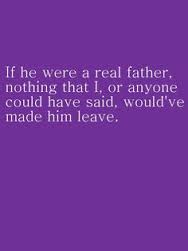 it can be extremely difficult to be civil to an ex, but you must try

Now that my divorces are behind me (that’s one common law and one divorce), I sometimes digress and reflect on the separation, divorce, child support, and my life in general.

My first husband has become a major disappointment to our daughter. Although I couldn’t care less about him now, I hate the way he has elected to totally ignore her, even when she has called him and left messages, or emailed him. In court for the child support hearings, when the topic of him not answering her came up, he says he never got the email, that he never got the phone message.

you can get child support for an adult child, I did, I advocated for my daughter, and she got a degree with his help

What are the odds of that happening? Fact is, he really couldn’t be bothered to respond back. (I did wonder if the new wife was deleting them – you never know). This is why I went to court one last time, to have her child support arranged to that any communications would not be necessary in the future. What’s the point when he doesn’t answer and she is waiting?

But he is a man, and still needs to have some ridiculous control or say over the situation. He says that he wants proof of her attending school. So at the university records office, my daughter has had to inform them to send him a copy of her transcript after each term. This is all set up legally, with the courts, and she has three months after a term’s end to send him a transcript. Or he can simply stop paying.

I often wonder why they would ignore a child when you can get away with doing so little and still be put on a pedestal. Throw the child a few crumbs in her direction and be a god in her eyes.

In his defense, he did pay child support all along, a financial blessing for sure, and I used it well. But she still needed a little acknowledging, right?

Here is a quick How To list to get started on getting child support, know that this could take over a year or more!

UPDATE: This parent has passed away, from cancer. More on that, and how do we deal with that,in this article about when a parent dies without a will – or in this case, a wife that hides it.