Yes, it is nearing Christmas again. Which means a big financial burden to most single moms. Nothing is worse that having to make even more trades off with money in order to get your kids something decent.

I would get them things that they thought they wanted (iPod Shuffles, Nintendo DS’s) only to see those sitting around not getting used. It would break my heart that I had to do without something (again) so they could have something nice under the tree. Last year, I just gave all the kids cash. I figure that even if they spent all their money on fast food, at least it was getting used. I wish I had thought of it earlier. 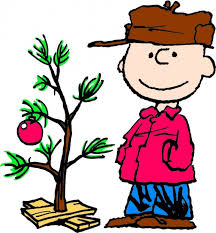 it’s a Charlie Brown Christmas at my house

We all remember when our parents or relatives would get us the suckiest gifts ever. God, what were they thinking? It would be clothes that you hated, or toys for younger kids, nothing was ever trendy or cool. Yet you are supposed to be grateful and say thank you, when what has happened is that you realize this gift giver doesn’t know you and probably doesn’t want to.

I’m trying to recall some of these stupid gifts, like a silver spoon for a spoon collection, and I was a teenager! I remember telling my dad specifically what perfume I wanted, and he gives me something old-ladyish that had one of the words of my perfume in its name. Last year my uncle gave me a ceramic cat piggy bank (and a check), my son has the piggy bank. Even my then-husbands got me the stupidest stuff. I wanted a dresser, so he spends way too much on the first used dresser he finds, it was from the 1970’s!!!!! The other then-husband bought me a waffle maker!

So now another season comes of wasting money and being disappointed. My boyfriend and I decided last year not to get each other anything, it was pointless, I have all the little crap I need, and I don’t think he can buy me a house, so what’s the point. 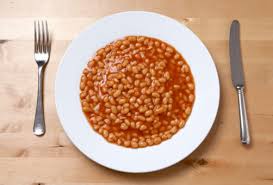 And to top off my Scrooge-ness, I don’t even decorate the house anymore. Besides the kids fighting over each and every decoration placement, I could never afford the happy Christmas things that I wanted, like outdoor lights, newer indoor lights, some newer decorations, and all the extra special foods like pumpkin pie and whipped cream. Sometimes I thought our dinner would be like the beans in the right photo.

Let’s face it, Christmas is stressful. It is another financial burden on the poor. A reminder of what we don’t have. I remember on one very poor Christmas, I had to swallow my pride and apply for a Christmas hamper. On the morning of picking the items up, I was putting on makeup in the attempt to not look like the pathetic loser that I felt like. I started crying and messing my makeup. I decided I would not go, I will figure something out! Later, my boyfriend’s brother and his family invited me and my three kids over for Christmas dinner that year. I could have cried.

Christmas is not the stressful event it was. Although every Christmas does remind me of Christmas’s past. My children are almost grown up, so I can give them cash and send them to their dad’s for the turkey dinner. More on my hate for Christmas here.

This article on 25 gifts under $5 each shows some of the cutest and easiest gifts you can make, I especially like the little sewing kit in a jar!